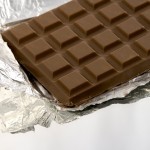 The word addiction is used very commonly in our everyday lives. We often say or hear, “I’m addicted to chocolate!” “My son is addicted to video games,” so on. However, in normal circumstances, these addictions are only temporary or quite mild. Addictions become a real problem when a person becomes absolutely dependent on performing an action or behavior; for instance, eating chocolate. Refraining from eating chocolate becomes as difficult to control as refraining to breathe.

According to Medilexicon’s Medical Dictionary:

Addiction is “habitual, psychological or physiologic dependence on a substance or practice that is beyond voluntary control.”

Addiction, often referred to as dependency, is a chronic ailment characterized by persistent use of mood-altering substances (or a particular behavior) despite their adverse consequences. 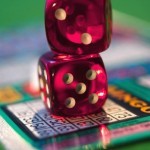 When certain activities or habits get out of control, creating a dire need or compulsion in an individual to perform the act repeatedly, the habit becomes an addiction. It is usually characterized by immediate gratification (i.e., a feeling of relief and pleasure for the time), but ultimately reaping deleterious effects (i.e., negative consequences in the long run). Examples of common behavioral addictions include gambling, sexual addiction, computer addiction, etc.

Addiction often leads to tolerance, which means that the addicted person needs greater and more regular amounts of whatever they are addicted to in order to receive the same relief or pleasure. Often, the initial reward is no longer felt, and the addiction continues because withdrawal is so unpleasant.

Withdrawal has many meanings, one of which is a psychological and/or physical syndrome caused by the abrupt termination of the use of a drug or behavior in a habituated person.

Risk Factors and Causes of Addiction

There are a variety of causes of addiction, and are not often fully understood. Addictions are generally caused by a combination of physical, mental, circumstantial and emotional factors. One of the most common risk factors of getting caught in the web of addiction is stress. Similarly, home environment, parental attachment, and peer pressure are also important environmental risk factors. Genetics is a possible risk factor; statistics show that alcoholics are six times more likely than non-alcoholics to have blood relatives who are alcohol dependent. In addition, research shows that certain personality traits are linked to addiction.

Some of the personality traits that are more prone to lead to addictive behaviors include: lack of impulse control, antisocial tendencies, isolation, grandiosity, dependant behavior, overly sensitive emotions, lack of self esteem, and dependent behavior and difficulty in formulating long-term goals because of a concentration on short-term goals. Also, having prior mental illness may lead a person to develop an addiction. 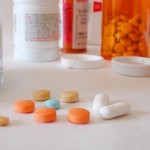 When people are stressed, anxious or depressed, the psychological defense mechanisms kick in and to evade the negative feelings, they distract themselves by drinking or indulging in other pleasurable activities. The feeling of relief from stress and depression acts as a reinforcer and the person repeatedly indulges in the behavior till the point where he realizes the behavior has become the essence of his life.

According to this model people with addiction often possess diminished readiness to change their dysfunctional behaviors. They do not realize the actual scope of the extent of the problems they are trapped in. Researchers have indicated that perhaps individuals with addiction problems have underdeveloped frontal lobes which account for the deficits in executive functioning – this makes them less able to fully comprehend the dangers and adverse consequences of the apparently rewarding behaviors.

According to this model, impulsive individuals are at greater risk of addictive behaviors. The model suggests a two dimensional trait characteristic for the initiation and continuation of substance/behavioral abuse, these are;

Reward Drive: Suggests individual differences in sensitivities to incentive motivation and engagement of addictive behavior when reward cues are detected.

Individuals high in reward drive experience greater reinforcement when initially engaging in the addictive behavior, and hence, experience stronger conditioned associations with continued use. On the other hand, individuals with high rational impulsiveness experience more difficulty resisting cravings even in the face of negative consequences.

The effects of addiction are not only physical or biological but also cognitive and emotional. Among the cognitive consequences are: incessant preoccupation with substance use – leading to impaired attention and focus to other important aspects of one’s life; altered evaluations of the relative benefits and detriments associated with drugs or rewarding behaviors; and inaccurate belief that problems experienced in one’s life are attributable to other causes rather than being a predictable consequence of addiction.

Moreover, the person’s relationships may also be affected because of his or her dependence on substance abuse or particular behaviors; which may also trigger depression and hence the person becomes further entangled in the bleak vicious cycle of dependence and compulsion.

A loved one – it could be your spouse, partner, son or daughter, sibling, parent or your best friend – is struggling with an addiction and you are watching helplessly wondering what can be done. Providing addiction support as well as getting timely help for the person you care for is not an easy task. Nonetheless, addiction support is crucial and being supportive is the first step in your loved one’s rehabilitation. Read our blog article on addiction support to learn more.

Psychologists at the Centre who can help with this matter