Generalised anxiety disorder (GAD) is defined, from a psychology point of view, as a persistent disorder, which involves uncontrollable and unrealistic feelings of threat, restlessness, irritability, sleep disturbances and tension, over a number of events and activities (such as work, finances, relationships, health) that are difficult to control. This worrying has to occur on the majority of days for at least 6 months for a diagnosis of generalised anxiety disorder.

While anxiety is an uncomfortable feeling of fear or impending disaster and reflects a person’s reactions when confronted with an event or situation that he or she cannot manage successfully, GAD is a chronic condition. From psychology research, anxiety is viewed as common, about 2 to 4 percent of the general population being diagnosed with some type of anxiety disturbance. Anxiety becomes a disorder when the symptoms become chronic and interfere with the person’s daily activities and the ability to function. Although common, generalised anxiety disorder is a relatively recent diagnosis; before 1980, in psychology research, it was known under the concept of anxiety neurosis, a disorder defined by Freud in 1894. On the grounds of poor reliability, GAD was almost excluded from the American Psychiatric Association’s Diagnostic and Statistical Manual, Fourth Edition (DSM – IV) classification in 1994. Psychologists supporting this diagnosis stated that the criteria of 6 months duration makes it a more homogenous disorder; also they stated that the increasing prevalence of GAD with advanced age distinguishes it from other anxiety disorders, determining the diagnosis not to be abandoned.

Psychologists tell us that, the characteristic for this anxiety disorder is the excessive thinking on the “what ifs”: what if I do not make a good impression, what if the plane crashes, what if, what if. As a result, the person begins to feel trapped in a vicious cycle of anxiety and worry and starts being depressed about the state they find themselves in. Feelings of worry, dread, lack of energy and a loss of interest in life are also common. These feelings are very real for the person, although he or she realizes they are irrational. The high level of tension they experience is reflected in strained postural movements, overreaction to sudden stimuli and continual nervous movements.

Anxiety is a normal human emotion that has analogues throughout the animal kingdom; to some degree, anxiety is probably of biological value. There is a higher prevalence of generalised anxiety disorder in women than in men (women 3.5% – men 2%), suggesting an advantage of greater anxiety in the protection of offspring.

Persons with GAD may have a specific cognitive predisposition that leads to increased attention to threat – related stimuli and to misinterpretation of ambiguous stimuli as threatening.

The causes of GAD are not fully known, it is thought to be a part of the person’s genetic and chemical constitution, as well as a part of one’s personality.

Studies in psychology show that GAD often develops in childhood or adolescence, but may also begin in adulthood. Generalised anxiety disorder often triggers after a stressful event in life, although it is not a rule for everyone who experiences stressful events to develop GAD. Other factors may also lead to the development of GAD: biological factors (genes), social, cultural and environmental influences. A number of studies in psychology also suggest that generalised anxiety disorder and major depression could have a common genetic basis and that the environment affects their manifestation.

Symptoms and Manifestation of GAD

Health psychologists mark that generalised anxiety disorder can affect the person’s both physical and mental health (behavior and feelings). Symptoms may pass quickly or may stay for a long period of time.

Psychologists have determined several ways in which generalised anxiety disorder affects the wellbeing of a person:

According to DSM – IV, the requirements for the diagnosis of generalised anxiety disorder are: duration of symptoms has to be at least 6 months and the number of symptoms required, at least three.

The Treatment for Generalised Anxiety Disorder

Psychologists agree that the generalised anxiety disorder, together with other anxiety disorders, is best treated with psychological therapies better than drug treatments. People who receive psychological treatments generally maintain the treatment’s benefits over time and may reduce or eliminate drug usage. Health psychologists recommend an education about anxiety (the person being able to reduce physical symptoms), problem solving training and assistance with lifestyle changes.

Psychological treatment provides an alternative to medication or works alongside medication and is provided by a counsellor, psychiatrist or psychologist. There are a variety of treatments or therapies provided by psychologists and used for GAD, like psychotherapy and counselling. Psychotherapy, particularly relaxation, cognitive therapy, and cognitive-behavioral therapy, has shown long-term benefit in GAD and may be a useful approach alone and as an adjunct to pharmacotherapy.

The counsellor or psychologist working with the client with GAD, will have an orientation and style unique to them, focusing on the therapeutic relationship, creating meaning in the person’s life and working with him to create change.

A counsellor or psychologist can help the persons suffering from GAD to understand and control their anxiety symptoms.

Psychologist @ the Centre that can help with this matter 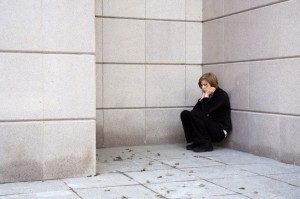 A Woman with Generalised Anxiety Disorder