Understanding a person’s mental health has always been a difficult maze to traverse even for experts. There’s no real yardstick to measure and diagnose psychological conditions, unlike physiological conditions. Several mental health disorders show similar symptoms and understandably, it is tough to identify the real problem. In this article, we’ll be comparing Bipolar Disorder and Borderline Personality Disorder. We’ll take an insightful look into each, their similarities and obvious differences.

Symptoms of mental health are sometimes unclear and similar. Both disorders are known to feature extreme mood swings and mood instability, but people suffering from either condition possess varying character traits. Here, we’ll be taking a look at what they are and what they are not.

This condition is also known as manic depression. The characteristic feature of a bipolar individual is extreme swings in mood and energy level.

The periods of high energy are often followed by extreme mood swings. Oftentimes, it’s hard to understand all of the actions of a bipolar person.

During the mania, a bipolar person may get involved in high-risk activities. Their thoughts race and they can do without sleep for long periods. In contrast to this, they also have a depressive stage with extreme feelings of fatigue, sadness, and hopelessness. There have been many cases during which bipolar disorder has been diagnosed as clinical depression.

The similarity between bipolar disorder and borderline personality disorder exists in the erratic and impulsive behaviour coupled with mood swings.

However, BPD is known for a pattern of unstable relationships. Individuals suffering from this condition are known to have a lot of problems in managing their emotions. When stressed, they often turn to some ineffective coping mechanism including self-harm.

Take note that anyone with a borderline personality disorder will suffer from a fear of abandonment, which leads to them form toxic relationships. When sad or disappointed, they experience intense emotional reactions and may be a danger to themselves. They are often never satisfied with themselves and try to harm themselves when emotionally down.

Bipolar Disorder and Borderline Personality Disorder – How are they similar?

As mentioned earlier, it’s hard to distinguish between Bipolar Disorder and Borderline Personality Disorder. Both are associated with extreme mood shifts and mood instability.

Bipolar people are known to have mood swings from depression to mania. This means they will have periods of extreme feelings of loneliness and sadness followed by periods of elation, increased activity and lesser need for sleep. There are also cases of hypomania. It’s common to find people suffering from bipolar disorder and BPD to switch from feeling fine right now and become distressed in a matter of minutes. It’s also common to find people who suffer from both conditions to act impulsively and at extremes of their emotions.

Bipolar Disorder and Borderline Personality Disorder – How are they different?

Now, it’s undeniable to think that there are no differences between bipolar disorder and BPD. The first thing to note is that bipolar disorder is a mood disorder while BPD is a personality disorder. Technically, these are two different concepts with different characteristic features. Mood disorders are known to be mental health conditions in which the individuals experience extreme changes in mood. Examples of these types of conditions also include depression.

However, personality disorders are known to affect the individual’s way of thinking and behaviour under certain scenarios. People with personality disorders are known to have problems relating to people, even family and friends. Anyone suffering from BPD will have a different perception of situations and scenarios. They struggle with managing their emotions. Although people suffering from both conditions are known to suffer mood swings, the overall behaviour of the individuals will be different. People with BPD will behave in patterns that are different from social expectations and will hardly form any lasting relationships with anyone. Borderline Personality Disorder is characterised by unstable relationship patterns.

Both conditions are diagnosed differently. However, it isn’t uncommon to misdiagnose these two conditions. For a bipolar disorder diagnosis, there will be a need for an interview and psychological evaluation. A bipolar diagnosis is given when the person has been determined to have at least one manic episode, as mania is the cardinal symptom for a bipolar diagnosis. Determining the occurrence of BPD is much more complex than that. It may require that the person-in-question undergoes a psychological evaluation includes a series of questionnaires that can help in identifying the condition.

A final result is only reached when a comprehensive clinical interview has been done for the patient including possible interviews with family and friends of the patient.

Borderline Personality Disorder is primarily treated with psychotherapy. Medications may be offered to treat the accompanying symptoms such as anxiety and depression. The medications may also be used to deal with impulsive behaviour or cravings. Another impressive treatment technique for BPD is Dialectical Behaviour Therapy (DBT). This will include group and individual therapy. Other therapy procedures have been developed to help people control themselves from self-harm. However, there are no medications designed to treat BPD. In severe cases of BPD during which the person’s safety is at risk, hospitalization is indicated.

It is essential to be aware of one’s mental health and avoid any misdiagnosis. Both conditions are not hard to come across. It is important to identify the distinguishing features of each of them to determine the right steps to take. An experienced psychologist can help in arriving at the correct diagnosis. When treating either of these conditions, time is an important factor – the sooner the condition is diagnosed, the easier will be in managing the disorder. Any treatment will be for a specific duration and
sometimes the results are uncertain. Hence it is critical to be compliant and adhere to the treatment course.

If there is a suspicion of either of these conditions, speak to a professional.

I work to create strong, supportive relationships, which allow people to explore their experiences and struggles in a safe and non-judgmental space. I provide intervention that is collaborative and tailored to each person’s individual goals.

I am a registered psychologist with an interest in providing high-quality therapeutic care in a safe and supportive environment. I work collaboratively with people to help address life stressors, improve psychological health and develop a more fulfilling life.

I work with a wide range of individuals in a non-judgemental, holistic way to understand each person’s unique circumstances and support them in achieving their goals. I work with people of all ages.

My experience as a Counsellor and Psychologist has spanned a period of 12 years, many of which have been within the community, organisational, educational and hospital sectors. This myriad of experiences has undoubtedly shaped my approach in how I listen and understand people’s difficulties.

I have worked with individuals & couples for over 20 years. I help people rediscover forgotten perspectives & create new visions.

I am an experienced counsellor and psychologist with over 15 years of experience, which includes a wide range of clinical experience.

I provide psychological therapy services for adults, including parents, and for adolescents.

I believe in using curiosity and compassion when connecting with people, both inside, and out of, the therapy room. 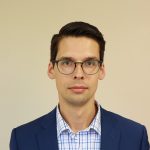 I am a supportive and compassionate person who believes that openness, collaboration and human connection is essential to positive outcomes in therapy.

If you are looking for help, whether for yourself or a loved one, our psychologists can assist in exploring underlying issues through therapy. Please visit our practitioners’ page to find out more, or call (03) 9820-5577 for an appointment or to make enquiries. 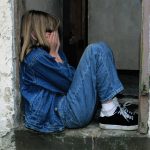 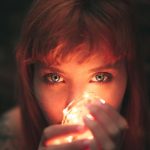